When Your Beat Cop Talks About Wanting A Race War 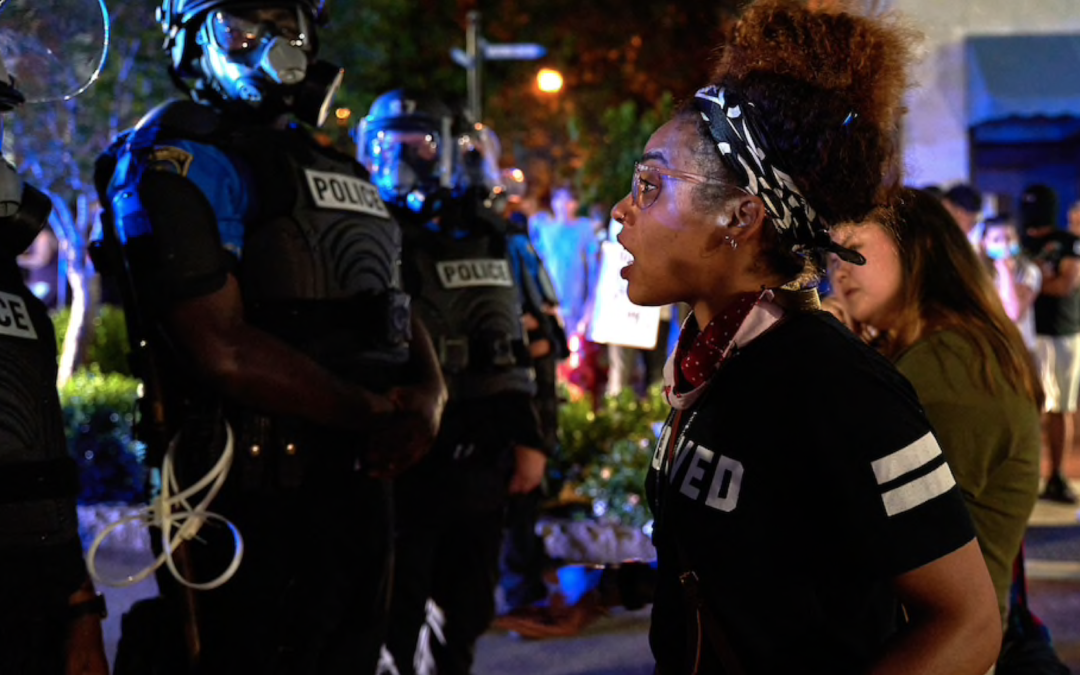 I awoke this week to find that three policemen in my adopted home of Wilmington, NC, had taken perverse glee in fantasizing about a new “civil war” in which African Americans would be “slaughtered.” A 23-year veteran was recorded as saying a woman he’d arrested “needed a bullet in the head.” Another was heard fantasizing about an insurrection where “we are just going to go out and start slaughtering them ***s.”

My first visit to Wilmington came in 2016, while I was reporting another story about race. It was based in a town called Bladenboro, about sixty miles away, where an African American high school student had been found hanged from a swing set in a mobile home park. Police called it a suicide; most who knew the area’s racial history couldn’t help suspect it was a lynching. It ended up being a complex story about poverty, drugs and boredom in small-town America. The FBI “found no evidence to suggest that [the] death was a homicide.” Everyone moved on.

I moved to Wilmington soon after that. It’s a fast growing city of 120,000 people on the Cape Fear River with a historic district that has the cobblestoned feel of Charleston. It’s home to tech incubators, a film industry, and plenty of tourism. As of this week, it also has a brand new African American police chief who spent his first day in office dismissing the three officers who were caught on tape inveighing for a race war.

For all its azalea-covered charm, Wilmington has a James Lee Burke undercurrent to it. A month ago, an armed band of white vigilantes, led by a uniformed sheriff’s deputy who was looking for his sister, stormed into the home of an African American teen-ager who was celebrating high school graduation. After an uproar from mostly white neighbors, a lawyer for the deputy explained that he was acting on erroneous information — as if that justified a warrantless entry.

There are plenty of proud progressives here who park their Priuses on the cobblestoned streets and hope to change Wilmington’s image. But it’s hard every time we get thrown into the news and the media brings up our “troubled past.” It’s a reference to an 1898 insurrection where white supremacists killed an untold number of African Americans while disbanding a democratically elected bi-racial government.

Folks here are weary of the reference. But current events keep making it stubbornly relevant. I’m not just talking about Wilmington’s Lie, the recently-released book about the coup that was reviewed in the New York Times and the New Yorker. I’m talking about what my wife’s friend asked when she visited not long ago with her multi-racial daughter: “Where are all the black people?” The answer, as a black physician said during a talk about the coup, is endlessly sad: “We leave because we know this is no place to raise our kids.”

A month ago, I might have protested that doesn’t describe today. But the cold truth of police caught on tape talking about killing BLM protesters shows otherwise. And, of course, there are the two Confederate monuments that have spent more than a century welcoming — or warding off — visitors to our downtown.

Writing recently in Politico Magazine, John F. Harris tried explaining the dissonance of progressives who’ve accepted such statues in places like Richmond, where Monument Avenue marked a zenith in Confederate fetishism. He concluded that they “believed the racist past evoked by the statues no longer mattered much because it had been defeated by racial progress, by modernity, by the Winning Cause.”

I thought that was true, too, until a few months ago, when I was filming a short video next to a Wilmington monument honoring George Davis, the attorney general of the Confederacy. A man in a pick-up rolled by and yelled out his window, “You ain’t stirring up trouble, are you?”

I was in front of the statue again this past Wednesday. This time, it was sheathed in police tape and a protester was standing vigil with a sign that read,“Fuck your heritage and hate.” Drivers passing by honked and shouted their approval. Nine hours later, at 3 a.m., city crews removed it.

North Carolina is one of six states that have monument protection laws. (There used to be seven, but Virginia’s newly elected Democratic majority recently overturned that state’s law — in what may be a bellwether for the coming election.) And these laws have been a particular thorn in the side of progress. After student protesters toppled a statue the University of North Carolina in Chapel Hill, members of university’s Board of Governors quietly went to the Sons of Confederate Veterans — a fierce political force on this issue — and encouraged it to lobby North Carolina’s legislature for a stronger protection law.

The SVC’s effort foundered. Still, UNC was so scared of raising the ire of conservative donors that it struck a secret deal with the SVC to take the monument off its hands in exchange for $2.5 million. The university called it a relocation fee. Others called it hush money.

The whole thing became public when an SVC leader wrote a letter to his members, crowing about the deal. And even though a judge ultimately voided the arrangement, the spectacle shows the lingering power of what might be called the Heritage Front. It’s only going to get worse if President Trump follows through on his promises of retribution for those who try to take monuments down on their own.

In many ways, Wilmington is a microcosm of what cities throughout the South are facing: The collision of the BLM movement with a carefully orchestrated legislative bulwark. I’ve been living through the changes here. Protests where students have been tear gassed. Neighborhoods divided. Neighbors divided.

Wilmington may yet become the place that the progressives moving here, students learning here, and people of good conscience who live here want to see. But if it takes catching police officers inveighing for a race war to do it, we’re still a long way from progress.