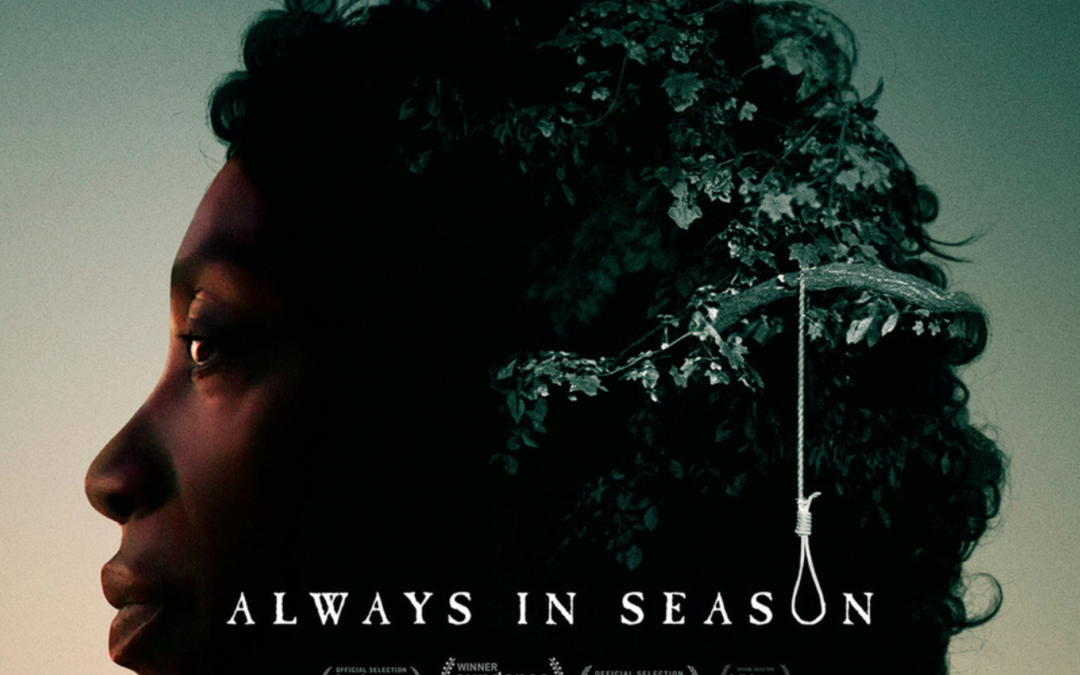 Last night, PBS aired a documentary about a tragedy that has drawn national attention and comparisons to the notorious case of Emmet Till — the death of an African American teen-ager named Lennon Lacy, who was found hanging in the open in a trailer park in Bladenboro, North Carolina in 2014.

I covered the story for ESPN’s Outside the Lines, and it was difficult not least because our crew kept getting chased out of Bladenboro by suspicious locals. Still, we were able to raise substantial questions about the coroner’s finding that Lacy had somehow strung himself up on a jungle gym in the middle of a trailer park and staged his own suicide.

Now, the filmmaker Jacqueline Olive is taking up the subject again with Always In Season. And it is still urgent. Old questions mix with new ones, such as why an investigation by the Justice Department’s Civil Rights division “found no evidence to suggest that Lacy’s death was a homicide” when the 17-year-old was surrounded by a cast of characters that ooze suspicion.

For instance, Lacy, an outsider to Bladenboro until his mother moved him there to be closer to her extended family, spent a lot of time around a drug-addled neighbor with three kids who let him think that he was her boyfriend, even as she saw men at all hours of the night. In fact, according to our reporting, Lennon watched a visitor with a rap sheet that included violent crime go into her home shortly before he left his own house at 10:30 pm on the night he died.

There were sundry other characters — residents who’d been in and out of jail, figures in a rural Southern pot boiler. But Bladenboro, the town where he was thrust, was the most suspicious character of all. In the early 1950s, it was paralyzed by rumors about an evil monster — The Beast of Bladenboro — that supposedly rampaged through its fields, disemboweling livestock. Through the years, locals have learned to laugh about it, even host a festival celebrating The Beast.

Less funny were the charges of vote tampering that put Bladenboro back in the headlines recently, and led to a special election for the state’s District 9 in September.

The character in the Lacy case who always seemed most curious to me was a high school friend who lived half a football field away. His parents were well known in the neighborhood for letting him invite buddies to brawl in the back yard until someone passed out— even cheering them on. I’d heard that there was video of that friend putting choke holds on his friends in front of his parents. Olive, to her great credit, found it. It’s utterly riveting.

Did Lacy die of an accidental strangulation on the night he left his house? And did someone string him up to make it look like a hanging in a small town that is still trying to escape the shadow of its past?

That’s a deeply disturbing question. But it’s one that the film muddies with a provocative pairing.

The first half of “Always In Season” concerns the phenomenon of African Americans who stage brutal reenactments of lynchings — in particular the 1946 quadruple hangings in Monroe, Georgia, where the victims were chased by a white mob.

It’s hard to argue with the concept Never Forget. And the reenactments are purposely hard to watch. What troubles me is the connection between that part of the film and the Lacy case, which makes it seem as if hangings are alive and well in the South.

Lynching itself is a complex word. While some associate it strictly with hangings, a wikipedia page devoted to it defines it as “the practice of murder by a group of people by extrajudicial action.” A landmark study from the Equal Justice Initiative tracked 4,000 lynchings since 1877 and stopped at 1950. Supplemental research moved the timeline up to 1959.

A spokesperson for the EJI has yet to respond my inquiry about more recent cases it tracked. But wikipedia lists the 1981 murder of 19-year-old Michael Donald in Mobile, Alabama, as one of the last in this country.

Olive, however, uses the Lacy case to suggest otherwise. The text on her film’s website, which includes a noose, reads: “When 17-year-old Lennon Lacy is found hanging from a swing set in rural North Carolina in 2014, his mother’s search for justice and reconciliation begins while the trauma of more than a century of lynching African Americans bleeds into the present.”’

In a recent talk in Wilmington, NC, Olive conceded that she was knee-deep in a film about reenactors when she heard about the Lacy case. Her decision to pair them must have seemed like a good idea at the time.

But I fear the final product, which was awarded the Special Jury Prize for Moral Urgency at the 2019 Sundance Film Festival, is misleading. We have enough racial trouble in America these days — the emergence of a white supremacy underground that is getting bolder and more technologically sophisticated by the day — without giving the impression that African American teen-agers are still dying by the noose in the South.

I hope Lennon Lacy gets the justice he deserves. I also hope viewers will not be confused by the message of this celebrated new film. The story I reported involved poverty, drugs and lack of education in a small town — not, as suggested, a new rise in lynchings.

I’m curious to hear what you think…