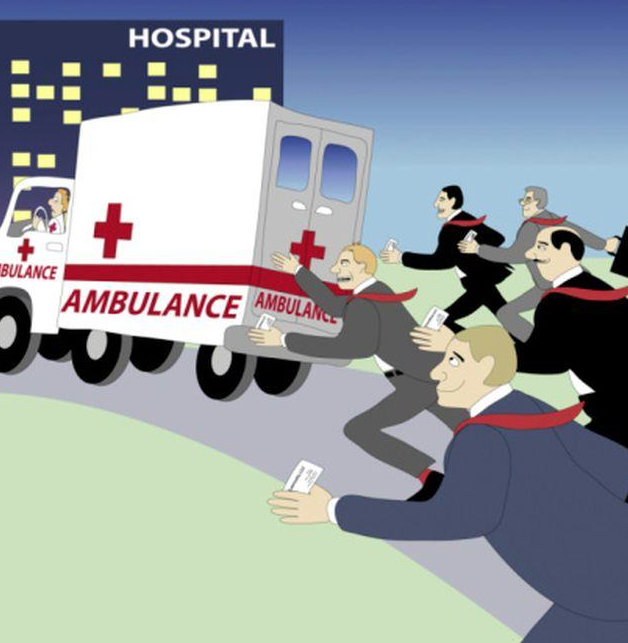 An out-of-town trial attorney hasn’t knocked on my door yet. At least, I don’t think one has. My dogs chased away someone with a suit, but I’m pretty sure that was our broker. (There’s been some confusion over me shorting Bitcoins.)

The reason I’m waiting for one has to do with Gen X — the spunky-sounding chemical that’s been found in our water, and seems poised to become the center of an equally spunky class action suit.

If you’ve been following the latest developments here in Wilmington, NC, you know that DuPont has been dumping GenX into our water for years, maybe decades. And thanks to some intrepid reporting, it’s become clear that our local water authority didn’t share that small detail when it learned it, at least six months ago.

Class action lawyers are smelling money in our poisoned waters, among them John Fiske of Dallas, who recently told WECT-TV: “Wilmington residents have been calling us, and my mailbox has been full several times a day.”

Some might see Mr. Fiske as an ambulance chaser. But Callie Lyons believes he’s exactly what this town needs. And if anyone should know, it’s Lyons.

More than a decade ago, the single mother of two girls, who are now 16 and 18, was working for the Marietta (Ohio) Times for less than $10 an hour. Her job was to take whatever press release came spilling out of the fax machine and turn it into instant copy. One Friday at 5 p.m., a fax from the West Virginia Deprtment of Environmental Protection sputtered through about a chemical that had been found in the water called C-8. It turned into the story of a lifetime.

A lifetime because it took so long to understand the extent to which DuPont had been poisoning 10,000 miles of the Ohio Valley. DuPont wasn’t about to give a local mom the motherlode. Instead, it took a class action suit to reveal the vast cancer-causing properties of C-8. “Twelve years is how long it took to get good information,” she says.

C-8 was, at the time, a superstar drug used in the manufacture of Teflon. It got its name because it is built on eight carbon molecules fused with fluoride which never break down. Never.

Lyons had never heard of C-8 when she started looking into the press release. She lives in a small blue collar town named Belpre (pop: 6,441) that sits across the Ohio River from the DuPont plant, and people weren’t all that eager to see her poking around ion the affairs of the region’s No. 1 emploter. But she persevered, and the result is her 2007 book, “Stain-Resistant, Nonstick, Waterproof, and Lethal.” 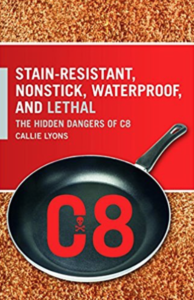 It’s a sharp and concise look at how a drug devastated an entire region. And given the echoes of what’s happening here in Wilmington, Lyons agreed to share some of it with us so we can better understand what’s at stake.

Since DuPont was forced into settling a civil suit for $671 million and phasing out C-8, Lyons says the company has “tested hundreds and hundreds different chemicals to get something that does what C-8 does.” The result is GenX.

Lyons doesn’t use that name, though. She calls it C-6. The reason is that it uses six carbon molecules instead of eight, interspersed with Oxygen. That’s supposed to help it break down in our bodies. But Lyons doesn’t buy it. She thinks “GenX isn’t different enough.”

In the Ohio Valley, where she still lives, the reaction to her work has been split. Some in her community will never forgive DuPont or its corporate cousin, Chemours for what they did. She says her neighbors refer to Chemours, the same company that’s at the root of all our troubles, as Chemical Tumors.

But just as many of her neighbors rely on DuPont for jobs, and Lyons says they’ve stopped reading the papers or paying attention to the latest studies. “Pollution fatigue is a very real thing,” she says.

I asked Lyons if she’s been following what’s going on here in Wilmington. “I have,” she replied. “And it looks like you are where we were a decade ago. It takes an incredibly long time to get scientific information on an unregulated chemical.”

And so it begins. Bring on the lawyers.