The GenX Chronicles: Let It Rain. 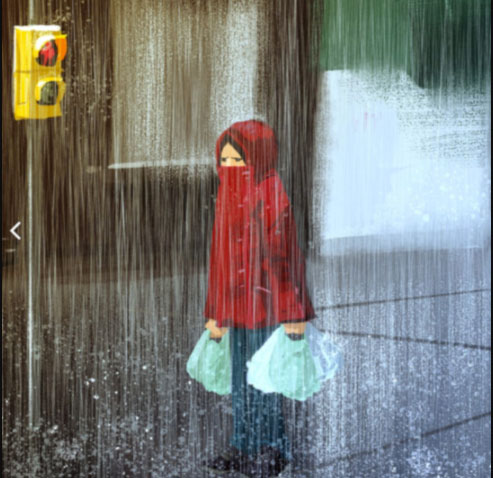 You probably don’t spend a lot of time thinking about things that are “water resistant.” But once you start looking at labels, you realize they’re everywhere: On the carpets in your house, the leather bag you’re carrying, the clothes in your closet, and just about everything you use outside—from your phone to your skis.

Which is great. Because when it comes to stuff that make your life better, water-resistant is up there with quick drying and fresh smelling.

But — and you knew there was a “but” coming — all of this comes with a price. And it’s a price that we seem to be disproportionately paying here in Wilmington, NC.

I started this blog because I wanted to learn more about GenX, the chemical that the nearby Chemours plant has been dumping into the Cape Fear River as a byproduct of water resistant vinyl. Previous posts dealt with:

But there’s a bigger picture here. And for that I called Dr. Arlene Blum.

Blum is a biochemical scientist who made her bones in the 1970s on— of all things — kids’ pajamas. She discovered they were made with a fire retardant that had the unfortunate side effect of mutating genes. The outcry was best summed up by, “Liar, liar, my DNA’s on fire.”

Since then Blum has devoted her career to looking for other chemicals that are lurking in our everyday lives. She’s defined six chemical classes of concern, and the first is the highly fluorinated chemicals used to make water resistant products.

The most popular of those, known as C-8, used to be made by DuPont. But in the mid-2000s, evidence emerged that C-8 was poisoning water used by tens of thousands of people in the Ohio Valley and beyond. DuPont promised the EPA it would phase out C-8 by 2015. It also settled a class action suit, and earlier this year agreed to pay $671 million to 3,500 victims who were able to link their cases of thyroid disease, kidney and testicular cancers, ulcerative colitis, and pregnancy-induced hypertension to the chemical. (Crazily, the company’s stock went up because the settlement was about $300 million less than Wall Street expected.)

What was so bad about C-8? It is a water-resistant chain of eight carbons with nearly indestructable fluorine bonds that stop it from ever breaking down. Ever. The thing is damn near chemically perfect. The only thing that can chink its armor is a mammoth infusion of energy.

A scientist at Blum’s Green Science Policy Institute in Berkley, Ca., experimented with strong acids, heat and harsh chemicals, and was frustrated. As it turns out, says Blum, “It basically takes the energy of lightening to break it apart.”

Hundreds of chemicals have been made over the last decade to replace C-8, among them the GenX that is being dumped by Chemours into the Cape Fear River. Its biggest advantage is supposed to be that leaves the body quicker than its predecessor. Instead of bonding fluorine to eight straight carbon molecules, it bonds it to a pair of three carbon groups, with an oxygen thrown into the middle. In Blum’s business, this is known as a “short chain.”

And, according to the EPA, short chains have a more “favorable toxicological profile.”

But Blum doesn’t buy that conclusion. “The story that the chemical industry is selling is that GenX is preferable,” she says. “But we don’t know if that’s true. It could be worse. You’ve replaced a known toxin with an unknown chemical from the same family.”

In fact, she argues the new generation of chemicals like GenX can create their own sets of problems. Unlike C-8, some of them are better at getting into plants. “Some can bioaccumulate in foods like grain or fruit,” Blum explains. “If my morning bread and jam came from contaminated sopil, I’d be eating short-chain chemicals with every mouthful.”

To educate the public, Blum created this video. It’s worth a watch. 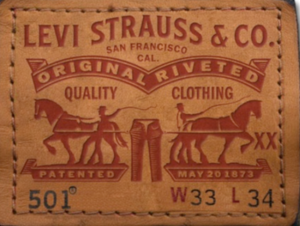 Blum’s goal is drive down the need for highly-fluorinated chemicals by driving down the demand for water resistant products. So far, companies such as Ikea, H&M, Puma, and Crate & Barrel have all pledged to eliminate them. You can read a 2016 case study in which Levi Strauss decided that “the molecular structure between the short-chain and long-chain PFCs is so similar that short-chain PFCs also may be persistent, bio-accumulative and toxic” here.

Blum hopes consumers will help by changing their shopping habits, too.

And that’s the big picture.

But in Wilmington, there’s still really just one question people want answered: Can I drink the water?

I mentioned to Blum that at a recent meeting of the Cape Fear Public Utility Authority, board members drank what appeared to be tap water from glass pitchers. She sighed.

“I worry, because you need to start from the assumption this whole class of chemicals is harmful,” she told me. “But the effects are very long term. They can take twenty or thirty years to show up. And we’re all exposed to so many things, anyway, it’s hard to tell what’s the biggest problem.”

Struggling for a middle ground between science and scaring people half-to-death, she opted for this advice: “Don’t worry too much. But go out and get clean, filtered water without PFOAs or GenX.”